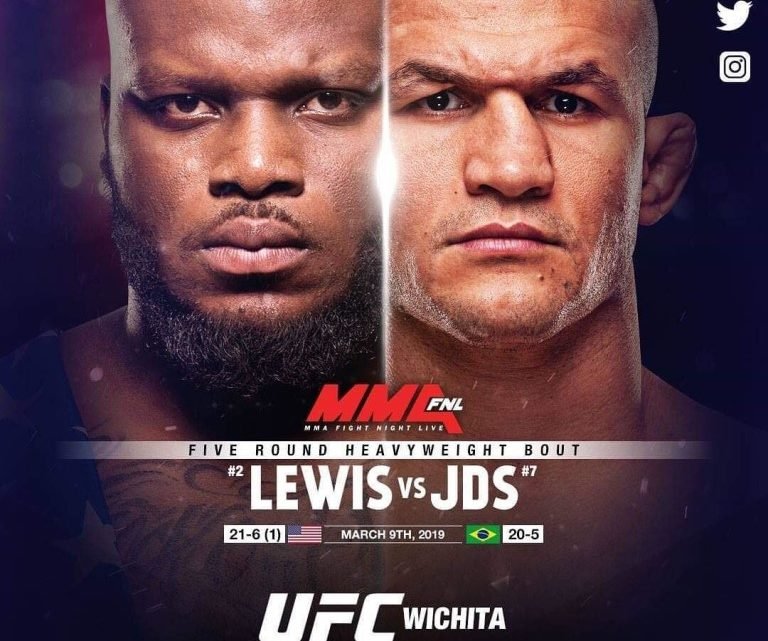 Former champion Dos Santos used to have the best boxing in the heavyweight division. He was the right size, hit hard and was mobile to go along with it. Time, injuries and possibly USADA have slowed him up a bit but as shallow as heavyweight is, Junior is still up amongst the top guys. I definitely see Dos Santos winning this as long as he sticks to a good game plan and doesn’t get sloppy and doesn’t switch off because Lewis can turn his lights out.

Junior will want to stay on his toes and use his speed advantage, hitting Lewis with sharp punches from the outside, hit and move and frustrate the big man. If he avoids the counters, my money is on Junior wearing Derrick Lewis down and getting a stoppage win in the fourth.

Millender is on a hell of a roll, on a 9 fight win streak going back to 2016. I fancy Zaleski to spoil the record though. I think he has tight enough defence and is more well rounded. Its a close fight but Zaleski will work it out and do more damage in the course of the match.

When you fight Tim Means you have to be prepared for it to be gritty and hard and painful and to have to dig in. Tim is good at getting guys on the end of his punches and he has good reach and when he gets in range he’s throwing knees and especially elbows. Niko has the ability and skill set to make it through though. Good on the feet as well as on the mat, he will be happy to back up and let means come forward while measuring him for the right hand. Although means has a lot of KOs on his record it’s usually an accumulation rather than one shot power that has hurt Price before. Price can be evasive in the first round but still get his shots in and maybe end up on the ground in the second and pull off a submission.

Both of these guys are coming off losses to Junior Dos Santos and Rothwell also took a loss to USADA and was suspended for two years, naughty boy.

Wonder if ‘Big’ Ben will be ‘Medium sized’ Ben now?

Neither of these boys have the pace or movement to cause the other trouble in that way. They are both sort of stalking fighters who hit hard. I think Rothwell has relied on his chin a lot as he walks people down trying to land his shots where Ivanov has a more varied skill set but I don’t think he will get to use it here.

This may depend on Big Ben and how he is, off of the vitamin S. The Ben Rothwell from a few years ago who was on a mini tear, beating the likes of Overeem and Barnett, I would pick to beat Ivanov even though it would be close. Here, it’s a bit of an unknown. Unless someone lands a huge shot this could end up being pretty slow paced and not very exciting but I’m going with Ivanov by TKO. Just an educated guess but I think he lands something and follows it up and the ref stops it.

Although Dober isn’t really small he seems to fight compact, never really uses reach and commits with his body to make up for it. Dariush mostly tries to use strikes to close the distance to get his hands on his opposition and Dober might play into that and even if he doesn’t, he hasn’t got the sting in his blows to keep Beneil off.

Dariush is a BJJ black belt and will want the fight on the mat but Dober is a decent wrestler and he might try some takedowns of his own. I think Dariush should be able to control the fight or at least look like he’s controlling the fight, especially in the first two rounds. If the third round happens, Dariush can get sloppy with his striking but then Dober will be tired as well so could a fun shootout.

Wouldn’t be surprised by a Dariush submission but I think more likely a decision win.

Two big hitters going at it. I just feel that Akhmedov has a bit more to his game. Of course Boetsch can hit hard but Omari is a big quicker, more diverse striker and is a good grappler. If it doesn’t end in the first round then Akhmedov will finish it in the second.

Times must be hard when Tony Martin had to take a part time job as a Mafia goon, ‘yo Rocco, get the car’. In all seriousness though its still Tony Martin, decent on the feet with good movement and he’s also a good grappler. He’s not in the same league as Sergio Moraes when it comes to grappling though. Moraes top game and weight distribution are right up with the top of the division.

Martin has the advantage striking but its not as big an advantage as Moraes has on the mat. I don’t think Moraes will submit Martin but enough of each round will be spent on the mat and most likely with Moraes in the more dominant positions, to give him the decision.

I think Kunitskaya is too big and too strong, in the clinch and on the mat and she has the ability to get the fight there. She will smother the fight and I would think dominate.

Julian Erosa is one of those guys who is really good in regional or smaller shows but he’s not good enough for the UFC. He has that cocky, hands down style where he moves around and just throws things without much set up. Problem is that he doesn’t really have the talent to get away with that at the highest level.

Dawson on the other hand is your more traditional grinder. Get you on the ground, get on top and get to work. He can look a bit awkward with his striking though so he probably shouldn’t play around with Erosa, but the fight will end up on the ground and Dawson has the control to keep it there and eventually work to a submission.

Smolka is on a four fight winning streak but I fear it comes to an end hear. Schnell ain’t great but he does the basics well enough and has decent timing. I see this fight being mostly fought on the feet and I think Schnell has the edge. He will move toward Smolka, drawing the strike and being ready to counter.

I think that Schnell hits harder and is a more natural striker but Smolk has an advantage on quickness, which Schnell will try to negate by countering the counters. I don’t see s a finish but Schnell will control the pace and the Octagon for the decision.

Morono impressed me last time out again Keenan Song and if he can recreate that form then he should do well against Ottow. The best I can say about Ottow is that he is tidy, he does everything neat and decent an a white rice kind of way.

I think Morono will be going for it more and trying to finish the fight, especially in the striking aspect, and I prefer that but it doesn’t always work out. This is basic stuff I know but I feel that if Morono can deal with Song he can deal with Ottow.

Would imagine these guy are going to move forward punching each other. Coin toss probably. White throws more but also leaves himself open more, depends if Moret can capitalise. I say White will throw more volume and look better for the judges.

These two fought before, a year ago, with Hughes getting the win. Don’t really see this one going any different. Green is big and, well that’s about it. His lack of technique he makes up for with….. not much really. Hughes ain’t a world beater but he’s game and he’s gritty and I reckon as sloppy as Greene is he will leave himself open at some point and Hughes will connect hard and get a ground n pound finish.

View all posts by Geo

This site uses Akismet to reduce spam. Learn how your comment data is processed.